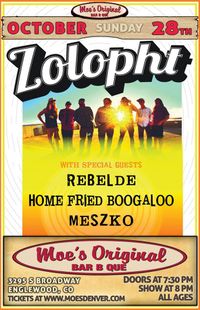 We're making our 3rd stop on our Halloween run at Moe's in Englewood! We're celebrating so wear your costumes and get ready to party!